Portals to Hell: A Short and Sweet Review 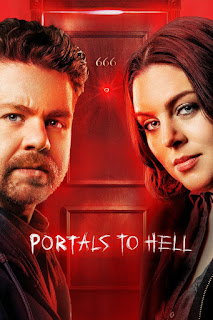 Portals to Hell on the Travel Channel is the next installment in an already saturated Paranormal Television market.

Starring Katrina Weidman (Paranormal State, Paranormal Lockdown), and Jack Osbourne (Son of Ozzy: When did this guy start being a ghost hunter?). We follow the investigative duo as they travel to notoriously haunted locations around the country in search of (you guessed it,) the portals to hell.

Portals to Hell seems to try to differentiate itself from other Paranormal "reality" shows but falls a bit short. The investigators seem to fall into the same traps as other shows such as relying too heavily upon unscientifically proven equipment causing Jack and Katrina to jump to conclusions to fit the narrative. Much like other shows everything thing that happens from sounds to equipment cutting out is paranormal related.

Portals to Hell even manages to fall short on some of the basics such as fully explaining what equipment is being used and what and how it works. Too many times I had to stop and wonder what device Jack and Katrina were using, and how they were able to decipher the messages they were receiving.

In reality, there are really only so many different ways to represent ghost hunting on television. It's understandable that viewers want to see spirits, and in a niche market that is ghost hunting, there are only so many different "haunted" locations, and so many pieces of equipment to use.  Paranormal State, Ghost Hunters, and Ghost Adventures really took off due to being some of the first shows of this genre, so many new shows will follow the same cliched path leading to a lack of innovation.